The first time I actually thought about resilience was while I was working as a psychologist at a Child and Adolescent Psychiatric Hospital. I was asked to test the sister of a young child who had been diagnosed with childhood schizophrenia. The family structure consisted of the oldest daughter, age 9, who had been given the diagnosis; Chloe, the middle sister, age 7, referred for testing; a younger sister, age 5, who was having behavioral difficulties; and their parents. Mother had also been diagnosed with schizophrenia and father had some symptoms that might be considered as Asperger’s Syndrome.

The child whom I was asked to test was doing well in school and at home. She was engaging, animated, emotionally warm, and related quite well. The Director of the hospital had questioned her positive adjustment given the family constellation. He felt that with the child’s genetic vulnerability and the family disturbance, this child could not possibly be as well as she appeared.

When I completed the test battery, I confirmed her positive adaptation. There was no intellectual or emotional indication of any maladjustment. The Director dismissed my findings and told me to do further testing. When I came back with the same results he shook his head, flipped the test report at me and said that it could not be so, a child with a strong biological vulnerability in an environment that was less than optimal could not be as well-adjusted as she was. In one session, I recalled asking her why she was not worried about eating food from the refrigerator that her mother said might be poisoned. She looked at me and said, “Just because my mother says it, it doesn’t mean I have to believe it! It might be bad for her, but that doesn’t mean it’s bad for me!”

Some years later, I read E.J. Anthony’s book The Invulnerable Child. He had used the term “invulnerability” rather than “resilience” to make the point of psychological invincibility.1 Murphy and Moriarty felt that “invulnerability” was too strong a term.2 They stated: “In our use of “vulnerability” there is no completely invulnerable child–we are concerned with the degree and locus of vulnerability in relation to the intensity and quality of the stress.” (p. 248)

Anthony agreed with Murphy and Moriarty and gave a wonderful example that has stayed with me over the years. He talked about a hammer that struck three objects, one at a time. The first object shattered into many pieces, the second was dented and the third, when struck with the hammer, made a beautiful, melodious sound. This was a beautiful metaphor for resilience. In a context of extreme adversity there are some who are crushed, others who are bruised and still others that weather the adversity and may even be strengthened.

The construct of resilience has remained with me as it strums the chords of my own development, spending my early years in a low-income neighborhood, living in a project, having a mentally ill mother and uninvolved father, getting less than average grades in school and getting rejected from colleges. Along the journey, I had a series of “surrogate fathers”: a basketball coach, some wonderful male professors when I finally got in to college, a mentor who took me into a graduate program because he believed in taking marginal students and a mentor, Dr. Stanley Greenspan, with whom I later wrote two books on bipolar patterns in children.

What are the factors that enable children who experience serious and chronic adversity to weather these conditions? Why are some children shattered by adversity while others experience bruises and others even thrive? Sometimes siblings living in the same family have totally different outcomes. The research on resilience has gone through four waves. The first wave was largely a descriptive wave that was focused on answering the question: “What makes a difference?” During this period, investigators were focused on developing measures and gaining an understanding of characteristics of people, environments and relationships that enabled individuals to weather adversity. During the second wave, the emphasis was on how protective processes worked. The emphasis shifted from “what” to “how”. In the third wave, there was a shift to looking at intervention, clinically and experimentally.3  In the present wave, we are looking at resilience through a multidisciplinary lens. With the use of neuroscience methods, we are now studying “the human genome, epigenetics, and the human brain in action as well as statistical strategies for analyzing complex multivariate data.”3

Masten’s research has helped to uncover some of the major factors that promote resilience. These are factors that have been found to be the primary themes that individuals who are resilient seem to share: 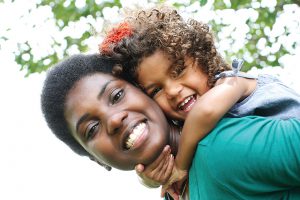 Looking back on that initial evaluation that I described at the beginning of this article and thinking about my interviews, testing and time spent with Chloe, four of these themes were clearly evident. She was a child who excelled in school and had the strong support of her teachers and her peer group. She was a child who had strong “sending power,”6 which relates to the strength and clarity of a child’s social signals. Some children are weak in their ability to send social signals and their signals are hard to interpret, while others send very strong and clear signals that are easy to pick up. I had the feeling of enjoyment in her presence. Her feistiness was engaging. In addition, her test scores on the WISC were within the High Average to Superior range, indicating an evenness in her development of intellectual skills and strong verbal ability that suggested an interest in reading as well as interpersonal relating. The incident in which she described her feelings about eating despite her mother’s warnings is a clear example of her motivation for mastery and her message that she was her own person! Finally, her striking ability to be present in the moment and to demonstrate “effortful control” at a young age indicates her ability for delay, self-control and self-regulation. All of these factors were suggestive of a positive outcome under stressful conditions.

As I am writing this article I am thinking about the power of resilience even in its most severe forms. I am reminded of two present day experiences of resilience that are related to a severe form of mental illness, two adults whom I have treated and followed in psychotherapy—for twenty years in one case and just less than twenty years in the other—a boy whom I first met when he was 4 years old and a girl whom I met at 6 years old. Both of these children were evidencing signs of severe disruptive mood dysregulation that was finally diagnosed as pediatric bipolar disorder. I worked with each of them for periods of time, punctuated by periods in which I saw them and their families over the years. As they moved into adolescence and then adulthood, both shared a common denominator of tenacity, the refusal to give up and the commitment to maintaining close connections to me. Both families felt that they would be permanently disabled; however, both of them refused to agree with these conclusions. The boy, now a man, has almost completed community college—on the Honor Roll—and is determined to have a professional career. The girl, now a woman, has recently been accepted to a Master’s program in the mental health field. The tenacity to hold onto our relationships has been enormous.

The power of relationships is something we need to stress in our training and supervision of students and professionals. Often, to the outside world the child’s primary attachment figures are thought to be the child’s parents. However, a child’s primary attachment figure may be unknown to the outside world because that person may not be part of the child’s family. A child can choose an individual who has been a constant, consistent and “special” person and with whom the child has an important bond. For me, my primary attachment figure was a surrogate father figure with whom I spent a great deal of time after school throughout my elementary and junior high school years. He was the person who I trusted most, to whom I confided when I was experiencing difficulty and who I looked for first to share my successes.

Resilience is a complex relational construct. To understand it, we must look at the individual and the multiple systems that affect the child. We must understand not only the child’s primary caregivers, but also the systems outside the family, including school, neighborhood and outside community. Those individuals most affecting the child may not be immediately visible, and any valid research to understand resilience must go beyond the immediate environment.