Increasing access to early intervention for ASD, a national and international health priority 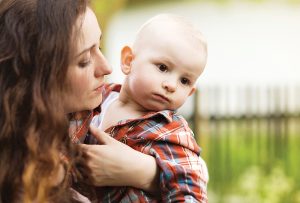 knowledge of developmental science and rigorous intervention studies, we know that early intervention leads to better outcomes when started as early as possible in development. Unfortunately, on average in the United States children with ASD are diagnosed at 4 years of age and start intervention even later, despite the fact that they can be identified as young as 12 months. Usually, children and their families experience long waits before accessing a diagnostic evaluation and after this, they need to wait even longer to start services. The gaps between parents’ concerns and the beginning of services are due to the increase in the number of children with a diagnosis of ASD combined with a scarcity of specialized providers. The National Research Council has recommended a minimum of 25 hours per week of intervention. However, it is nearly impossible to provide such intensity by relying uniquely on professional delivery to all children immediately following diagnosis. One way of increasing access to intervention is to teach intervention strategies to parents. Parent-based interventions have shown positive outcomes in children, as well as in parents. Research has shown that by learning intervention strategies with the help of professionals, parents naturally implement intervention throughout the day during activities such as play, mealtime, and grooming. By including the parents in the intervention, the time spent with a professional will have cascading effects in terms of increasing therapeutically productive time for the child.

Julie’s story, the importance of paying attention to early signs of ASD

Julie is a child who was lucky enough to receive an early diagnosis of ASD at 23 months of age, after which she was quickly enrolled in our Parent-Child Group intervention, described below. Julie was born full-term after an uncomplicated pregnancy and was a happy, easy-going baby. She started babbling around 6 months of age and met motor milestones on time. However, her parents became concerned about her development around 18 months of age, because her language was not progressing, she regularly flapped her arms and she did not consistently alert her parents to her needs, despite their sensitive caregiving and responsiveness towards her. Rather, they had to predict when she might be hungry or thirsty or need a diaper change. Furthermore, she has a cousin with a diagnosis of ASD, and her parents noticed similarities between the children. For instance, Julie preferred playing by herself to playing with others, especially other children. She often engaged in repetitive play with a shape sorter or putting toys in a toy box. However, she did engage with peek-a-boo and pat-a-cake appropriately with her mother and enjoyed clapping when excited. She transitioned easily between activities, however she did engage in some repetitive behaviors, especially during bedtime.

She preferred doors to be closed and also engaged in some repetitive sensory seeking behavior, such as running her hands on walls and placing her fingers in the door latch. Julie also had tactile aversion to messy play and significant temper tantrums if expected to ride an elevator.

Obtaining a multidisciplinary evaluation for ASD

Her parents sought out an evaluation based on their concerns and brought her to the University of Michigan Department of Psychiatry when she was 23 months old. Julie and her parents engaged in several interviews and tasks during the assessment. Her parents responded very warmly to her and attempted to engage her in many tasks. At times, she appeared to enjoy back and forth interactions, such as when being tickled. However, more frequently, she did not respond to her parents’ and examiners’ attempts to engage her in developmentally appropriate play. She also tended to run away, rather than toward her parents, when distressed. However, when her parents picked her up to comfort her, she was very quickly soothed.

Overall, Julie demonstrated strengths in imitation and emerging eye contact. However, she was delayed in the areas of language and communication and reciprocal social interaction and had several restricted and repetitive behaviors. For instance, although she babbled regularly, these vocalizations were not typically directed towards others. She did not point, nor use other gestures. She gave items to her father, but did not show items, and only rarely initiated joint attention, despite enjoying several tasks. Although her eye contact was emerging, it was not regularly used to initiate, regulate, or terminate social interactions. She was able to play appropriately with several toys, including those present in a bath time play activity shared with the examiner However, At other times she engaged in more repetitive play, that was difficult to interrupt, such as repeatedly putting items in and out of bins. She engaged in brief finger posturing and had some sensory interests, often examining items close to her face or sniffing them.

Julie was also evaluated just prior to 24 months by Occupational Therapy and at 25 months by Speech-Language Pathology. The Occupational Therapy evaluation noted weaknesses in self-care skills and fine and gross motor as well as sensory aversions. For instance, her motor weaknesses led to difficulty assisting in dressing routines and holding crayons, and she was very averse to engaging in messy play. The Speech-Language Pathologist felt that Julie had moderate Receptive and Expressive Language Delay. All of the combined information from parent report of her development and examiners’ observations led to a diagnosis of ASD. Although Julie’s parents were sad that the diagnosis they feared was confirmed, they were receptive to the feedback and excited to engage in treatment to assist Julie, as soon as possible.

Julie enrolled in our group intervention at 24 months of age. This intervention is based on the Early Start Denver Model (Dawson and Rogers, 2010), an evidence-based intervention that fuses developmental science, relational approaches, and the principles of Applied Behavior Analysis. The Early Start Denver Model (ESDM) has been implemented in many different settings including the more traditional therapist-child delivery, parent coaching, school-based groups, as well as telehealth therapy. In our Department, Dr. Colombi, through internal and federal funds, has developed a Parent-Child Group intervention based on ESDM principles to offer intervention to all families who receive a diagnosis at the University of Michigan and want to start intervention immediately.

The Early Start Denver Model uses a child-centered, responsive interactive style and 10 foundational intervention themes, including (1) social attention and motivation for learning, (2) sensory social routines, (3) dyadic engagement, (4) non-verbal communication, (5) imitation, (6) antecedent-behavior-consequences relationships, (7) joint attention, (8) functional play, (9) symbolic play, and (10) speech development. From session 2 to session 10, each strategy is the focus of one session in which the parent is taught to deliver the lesson in the context of a shared activity using age appropriate play materials. In session 1, we introduce the structure of the group to the participants. In session 12, we review all strategies.  During the first 45 minutes of the session the interventionist meets with the parents and covers one of the above themes while children play with the supervision of student research assistants. During the last 45 minutes of the sessions, the parents join the children. During this second phase the parents are encouraged to implement the strategies learned during the first phase with the coaching of the interventionist.

In comparison to the original evidence based Parent – ESDM intervention delivered by the therapist to a single parent-child dyad, some adaptions had to take place for the group delivery. While the topics of each session are the same across Parent-ESDM (single dyad delivery) and Parent-Group delivery, the format of the sessions are slightly different. In Parent-ESDM delivery, therapist, parent, and child are in the same room for the entire session and there is a continuous alternation between verbal discussion and direct practice of the specific intervention strategies. During the Parent-Group delivery, verbal discussion and direct practice are more clearly separated. During the first part of the session (first 45 minutes) therapists and parents discuss the topic while the children play in a different room. Usually, 3-5 children with ASD play with developmentally appropriate toys with the help of 3-4 students. The direct practice of the strategies, with therapist’s coaching and feedback, occurs during the second part of the session, when parents and children reunite. In general, the families who participated in our groups, expressed satisfaction. Moreover, children demonstrated improvement in social communication as measured by the Behavior Observation of Social Communication Change (Lord et al., 2013).

This captured Julie’s attention more readily and Julie was subsequently better able to imitate her mother’s actions, vocalizations, and play. This led to an increase in Julie’s expressive language and more creative uses of toys and other objects. Perhaps most importantly, Julie and her mother appeared to enjoy their interactions more and had much more shared positive affect by the end of the intervention. In general, both mother and daughter smiled and appeared to have more energy post-intervention. Julie’s mother learned the ESDM strategies, as demonstrated by reaching fidelity in the implementation of the intervention. Moreover, in a satisfaction survey, Julie’s mother indicated that she found the program very helpful.

The case study here reported suggests that parents can learn helpful intervention strategies through a low intensity parent-child group program. Moreover, the child described seemed to show a dramatic improvement in her ASD symptoms after participating in the intervention. By learning the intervention strategies, Julie’s mother was able to implement treatment throughout the day. While intensive intervention is still to be considered the gold standard for young children with ASD, it is not realistic at present to administer intensive services to all children immediately after diagnosis. Our case study demonstrated how more children can receive effective intervention in low resource communities or in families without sufficient ASD service benefits.