In 1970, there were no infant mental health home visitors in community mental health (CMH) agencies in Michigan. But there was a growing body of information about infancy that developed during the 1960s and a growing number of professionals across the country seeking to apply this information in various fields of human services. In Michigan, there was Selma Fraiberg, a social worker and lay analyst, establishing the Child Development Project, an atypical part of the University of Michigan Department of Psychiatry. In 1972, she received a federal grant to translate to mothers and infants “who needed to find each other” what she had learned from blind babies and their parents.

Infant mental health home visiting in Michigan—as well as the Michigan Association for Infant Mental Health (MI-AIMH)—evolved from a simple request by Selma Fraiberg to the director of the Department of Mental Health in 1972. She wanted grant funds for graduate students. The director, a psychiatrist, was sufficiently intrigued to send me (as the staff member responsible for a small amount of federal funds for innovative services) to investigate. Appreciating the warmth and commitment of my hosts and convinced by their intriguing (if somewhat mysterious) videotapes, I returned to suggest that, in lieu of graduate students who most likely would not stay in Michigan, the Department fund training of staff already employed by Michigan community mental agencies, so that this new intervention could become part of the CMH service continuum. Selma’s staff overcame her reluctance.

And so, in the fall of 1973, six clinicians from CMH agencies began bi-weekly trips to Ann Arbor to meet with Edna Adelson. Group 1 included two supervisors of children’s services, mid-level clinicians, and one newly minted professional. They observed a normally-attached infant and parent and were encouraged to share what they were learning about normal and aberrant attachment with their community colleagues. Seeking to understand the essence of the intervention, they revolted, demanding more clarity. They enrolled their first service families, having received from their public health colleagues referrals that were more problematic (according to Selma) than any served by the Child Development Project. They asked for, and received, a second year of training (1974–1975) from Vivian Shapiro.

The next year, staff from another six agencies stepped forward for training and in 1978– 1979, an additional 11 trainees. We offered a unique training opportunity with no idea where it would lead. We just asked the participants to go back and put the knowledge and skills they were gaining into practice.

With the loss of federal funding (newly contingent on an experimental/control design), in 1980 Selma closed the Child Development Project and departed for San Francisco General Hospital. Barry Wright and William Schafer stepped up as trainers. The initiation of a small state appropriation for prevention projects (sponsored by Representative Joe Young, Sr. in response to lobbying by Beth Leeson from the Mental Health Association in Michigan) provided grant funds to underwrite staff in additional CMH agencies.

A significant factor in the development, maintenance and expansion of infant mental health principles and practice has been the presence and actions of the Michigan Association for Infant Mental Health. 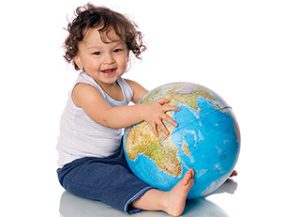 MI-AIMH (then known as MAIMH) owes its existence to an obscure official at the University of Michigan who insisted that the first conference could not be held without an organizational sponsor. So, the first and second group of community-based clinicians, who had completed their training at Selma Fraiberg’s Child Development Project at the University of Michigan but wanted to share their excitement, created MAIMH. In a spirit of optimism and bravado, they named the conference “The first annual…” T. Barry Brazelton was the featured speaker and 800 people attended from all over the country (there were then no competing opportunities).

The conference was the group’s second organized effort to carry out Selma’s dictum to “share what they were learning about mothers and babies with their colleagues.” (The success of the first effort—presentations by Edna Adelson and Vivian Shapiro in the basement conference room of the Ann Arbor Bank—led to the decision to undertake the broader effort.)

And so was formed the first Board, with Michael Trout as President. For the first six years, Alice Carter (an infant mental health specialist in Washtenaw County from the first group of trainees) successfully planned and organized the annual conference, drawing over a thousand attendees in the second and third years.

In 1982, Hiram Fitzgerald moved from board member to part-time Executive Officer, providing an address and space— initially in his office—for clerical support (Judy Reynolds Karandjeff, Dolores Fitzgerald, Suzie Pavick and Melanie Smith). From the beginning, MI-AIMH has emphasized publications, organizing information and sharing insights with others. The existence of MI-AIMH—providing a home for isolated practitioners, enhancing practice, creating credibility through its conferences and publications and demystifying the infant mental health approach—has been a significant factor in supporting infant mental health home visiting through the growth and development of the state program. MI-AIMH has uniquely encouraged grass roots practitioners to write of their experiences, to train and mentor others, to manage and grow a professional organization, to develop an Endorsement® process and to spawn a national organization, the Alliance for Infant Mental Health®. We await with anticipation its accomplishments in the next forty years!

Betty Tableman, MPA, IMH-E® A member of the MI-AIMH Board since the first years, Betty was responsible for funding training for community mental health staff at the Child Development Project. She managed funding for prevention projects at the Michigan Department of Mental Health and its permutations until 1996 when she joined the staff of University Outreach and Engagement, Michigan State University to write Best Practice Briefs. She has co-authored various MI-AIMH publications.
Posts by Betty Tableman, MPA, IMH-E® →